The House of Burnett is one of  most illustrious oldest families in Scotland with royal ancestry that can trace their lineage to the Norman Conquest in 1066 and though out history in the 11th century the records of the Burnard/Bernard does exist in Anglo-Saxon England in Bedfordshire, Hampshire and Wiltshire and later in the 13th century in southern Scotland, there are several instances where the name can be shown to be interchangeable throughout time. 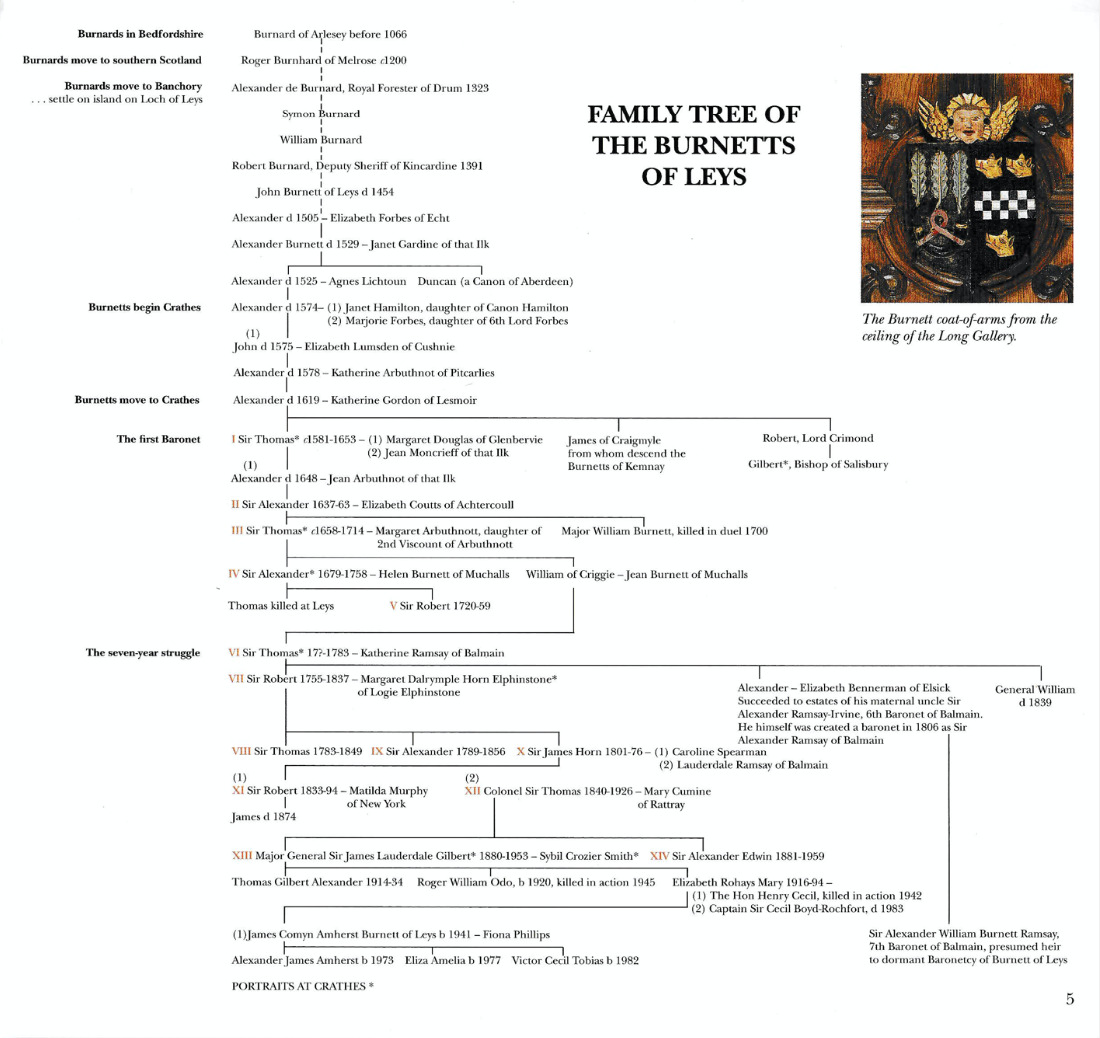 In the early days of the Burnards family they were given the large barony of Farningdoun / Farnington in Roxburghshire, Scotland under a new system of land-holding instigated by King David I.  As King David had a particular wish to introduce Norman or Flemish settlers to his Scottish kingdom it would not be unreasonable to assume that the Burnards were of that extraction. In this area the name evolved to Burnet and the family became associated with the lands of Burnetland and Barns. A John Burnard accompanied King David II on his journey south ending in the defeat of the King at the Battle of Neville’s Cross in 1346. Burnard, who owned Scottish lands of Ardross in Fife and of Currie in Midlothian, was killed in 1346.

However, It is known for a fact that in 1323, Alexander Burnard joined the service under King Robert I  and was later rewarded for his service by the granting of lands on the banks of the River Dee, in the parish of Banchory Ternan west of Aberdeen. He was, for a time, Keeper of the adjacent Royal Forest of Drum, the badge of office of which is considered to be the Horn of Leys. The procedure of ‘Cornage’ comprised the use of a symbolic horn in the process of land grants (a form of lease from the Crown).

In 1521, Alexander Burnett, 4th Baron and 9th Laird of Leys married a lady named Janet Hamilton, who brought considerable land and money into the the Burnett Family this ties the Burnett and Hamilton families together and securing  their place in royal history. 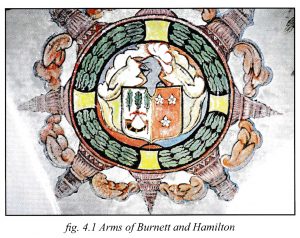 From the 16th century the main residence of the Burnetts of Leys was Crathes Castle and the present Chief of the family James C. A. Burnett of Leys lives nearby at House of Crathes. The Burnetts of Leys also acquired and extended Muchalls Castle, located a short distance away near the coast, completing the work in 1627.

The Burnett of Leys Connection –>