Dr. Thomas Burnett Sr. of Leys was born in Crathes Castle and and was the 3rd son of Alexander Burnett, 11th Laird of Leys and the Hon. Katherine Arbuthnot of Fiddies.  Thomas Jr. was educated in about 1603 at the University of Cambridge. He was employed as a doctor in Cambridge and also in Braintree, England, and was described as a “physician of eminence.” this is how he met and married Jane Foys of London, daughter of John Foys of London. 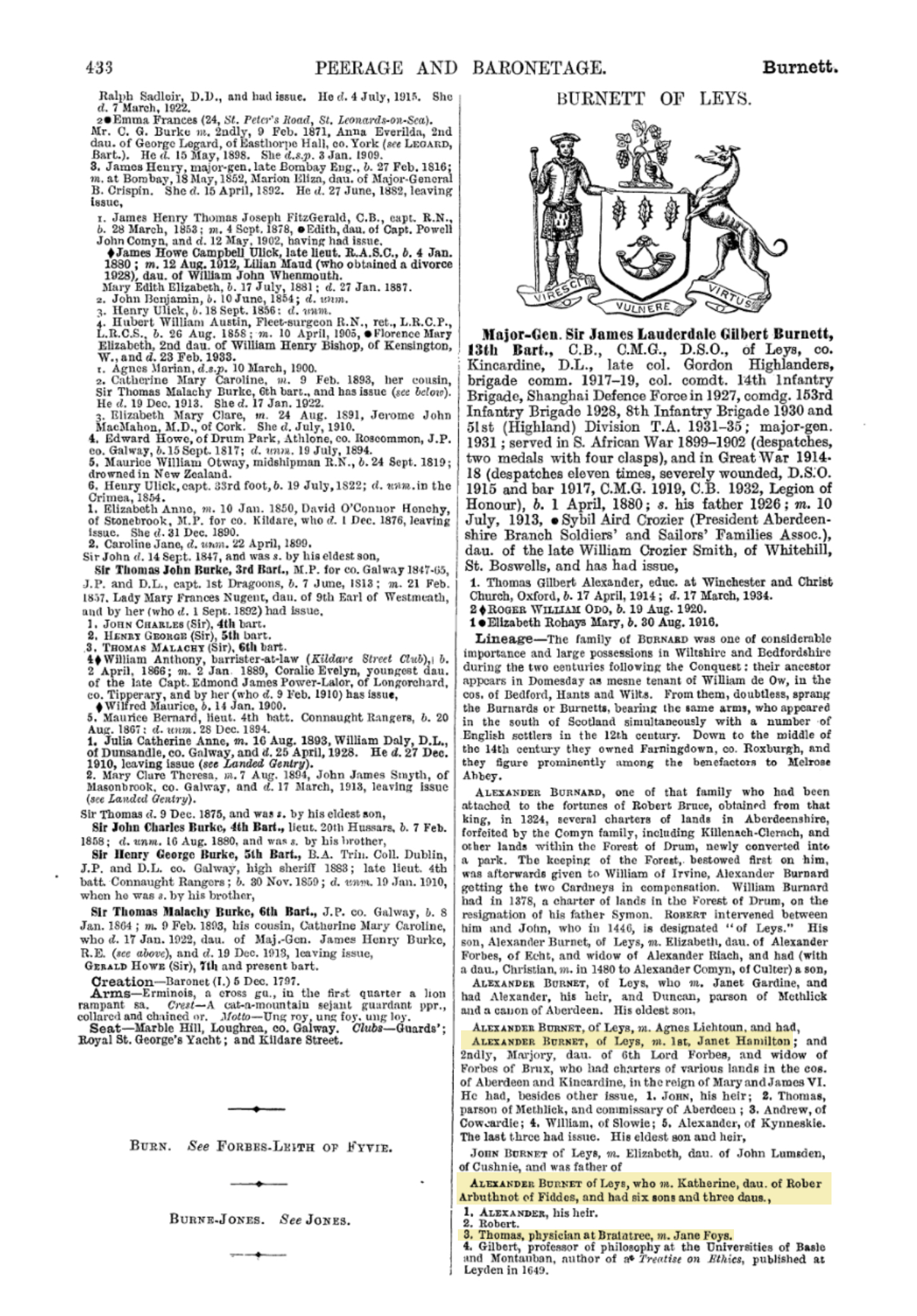 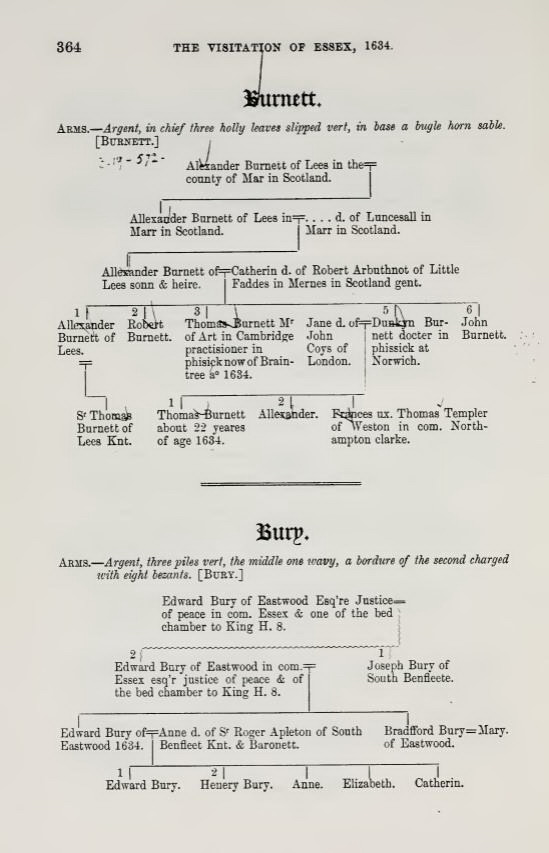 Because of this law, Dr. Thomas Burnett Sr of Leys was given more freedom to do what he wishes to do and he decided to become a doctor settling up his practice mainly in Braintree, England.